For over two weeks a group of people was co-designing and building new infrastructure at the Cultural Center of Spain in Malabo. Most of the participants felt the need to have someplace in the center that they could use as they wanted, where they would be responsible for it.

The round structure was fabricated in pieces at Santos' workshop in the city center, with 4 inverted pyramid-shaped supports each welded to a car tire, three gable roofs and 6 bars, and 3 support rims.
Meanwhile, in Eliseo's carpentry shop they were preparing the teak wood from the island, planing it, and correcting the boards.

In a truck the structure was moved separately and assembled and joined on-site, the protection and painting were finished and the wooden furniture was assembled. Finally, the roof was braided with plastic tubing and the electrical installation was done.

The Akôo prototype recovers and evolves construction techniques that we saw on the island of Bioko. The car tires that serve as foundations are widely used for a lot of similar uses. The wood and the way it is worked is native to the island. The color of the structure is found in many homes in the city and is the result of mixing a pigment with white paint. The roof is made of braided plastic tubing, trying to use the same techniques like those of the braided nipa (a kind of local palm) roofs that have been banned in the country in recent years.

From the first moment, Akôo has been in use by the users of the Center who see it as a place for meeting, study, rehearsal, and shade. 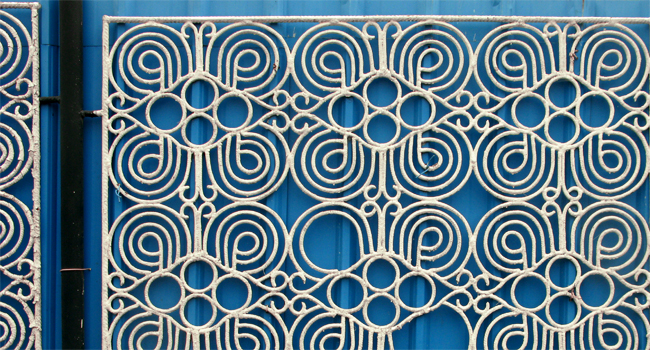 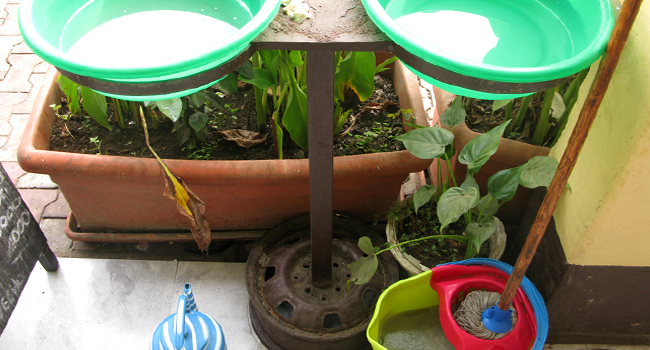 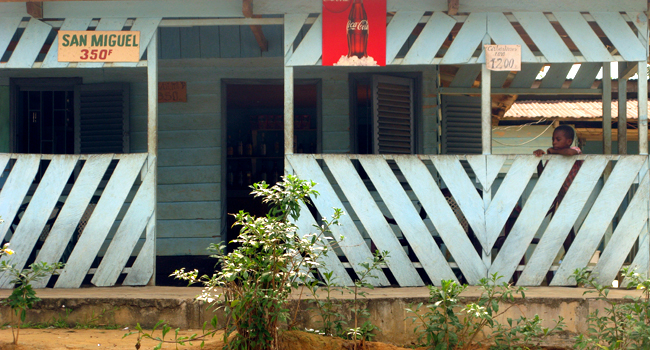 Use of simple carpentry techniques and little diversity of materials to customise constructions. 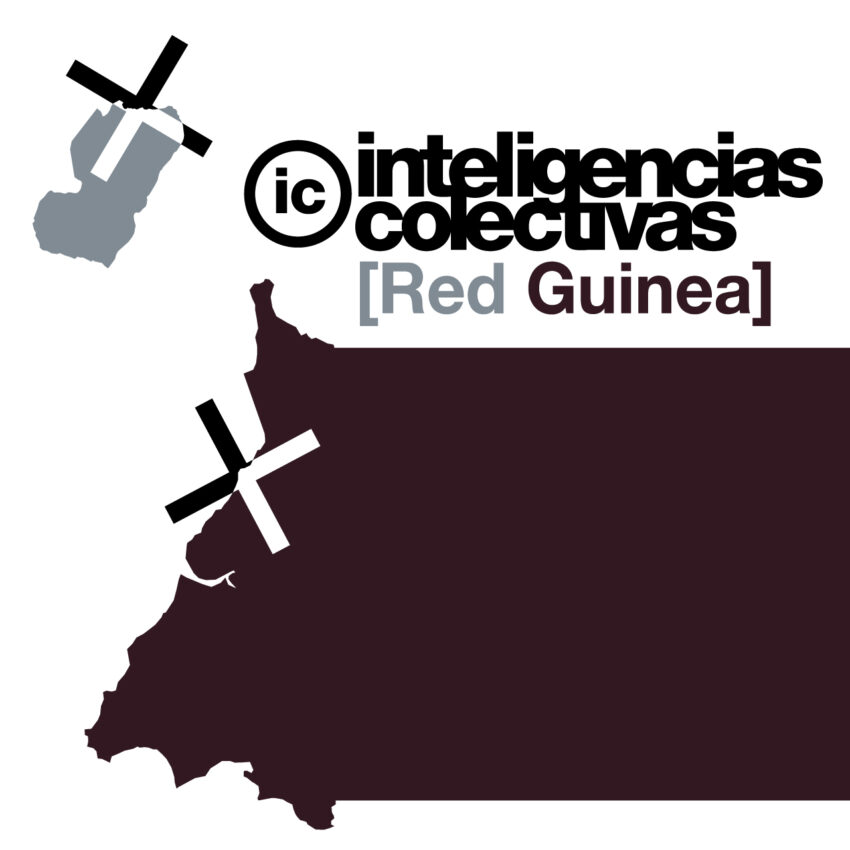